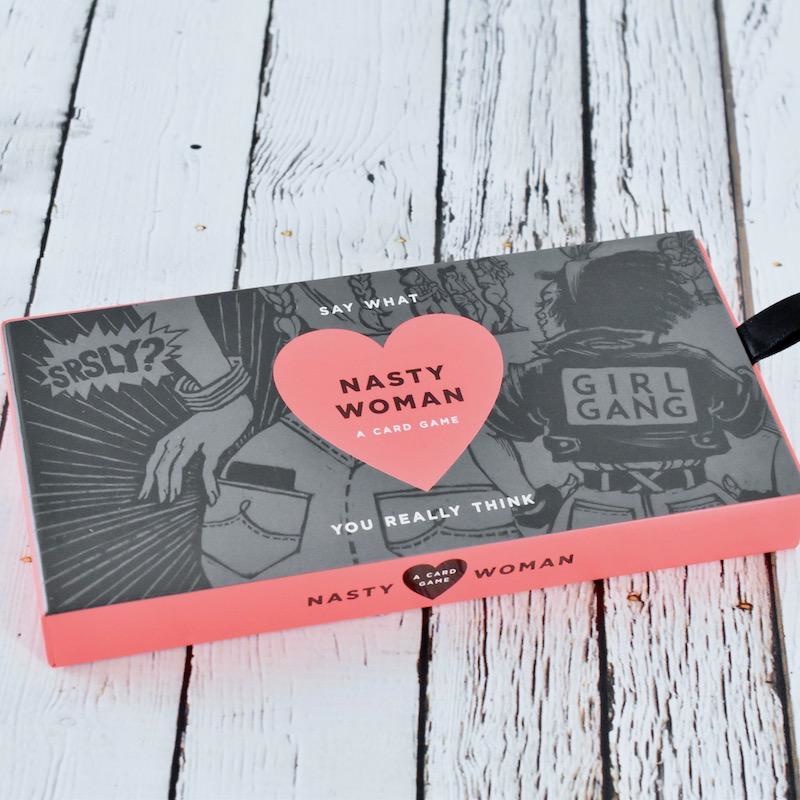 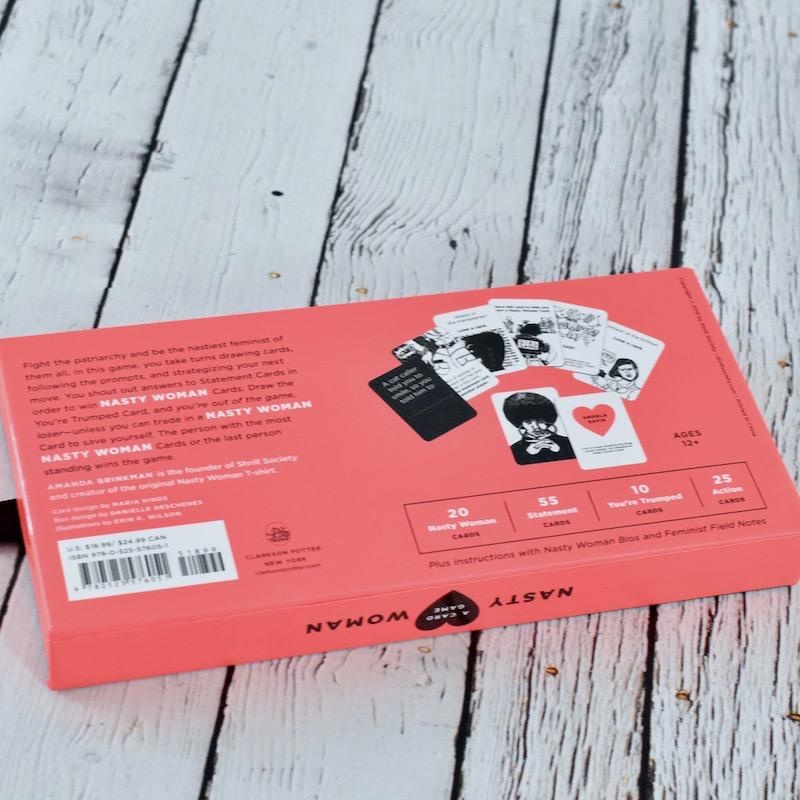 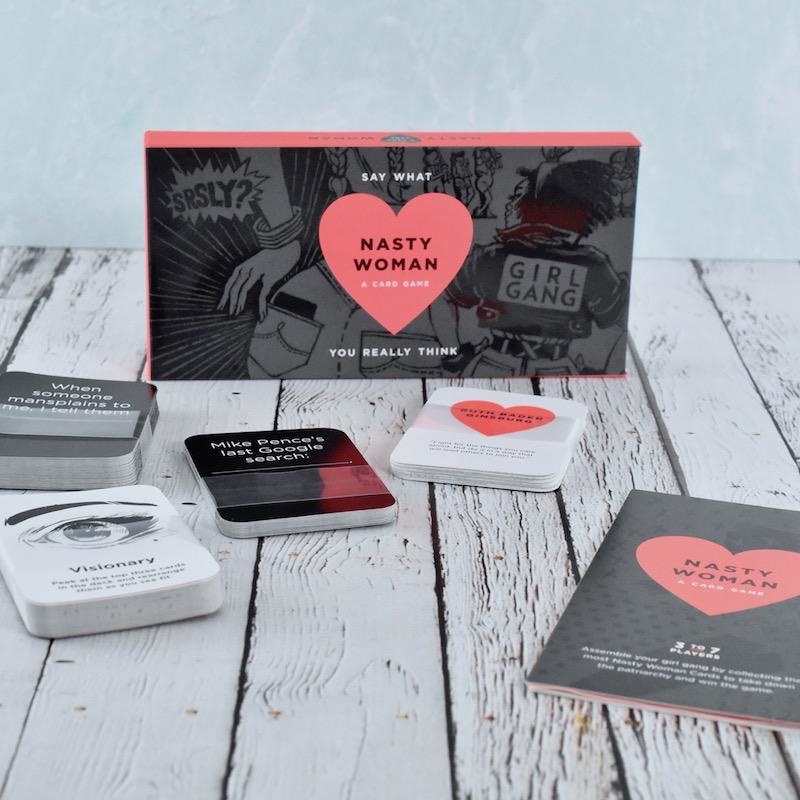 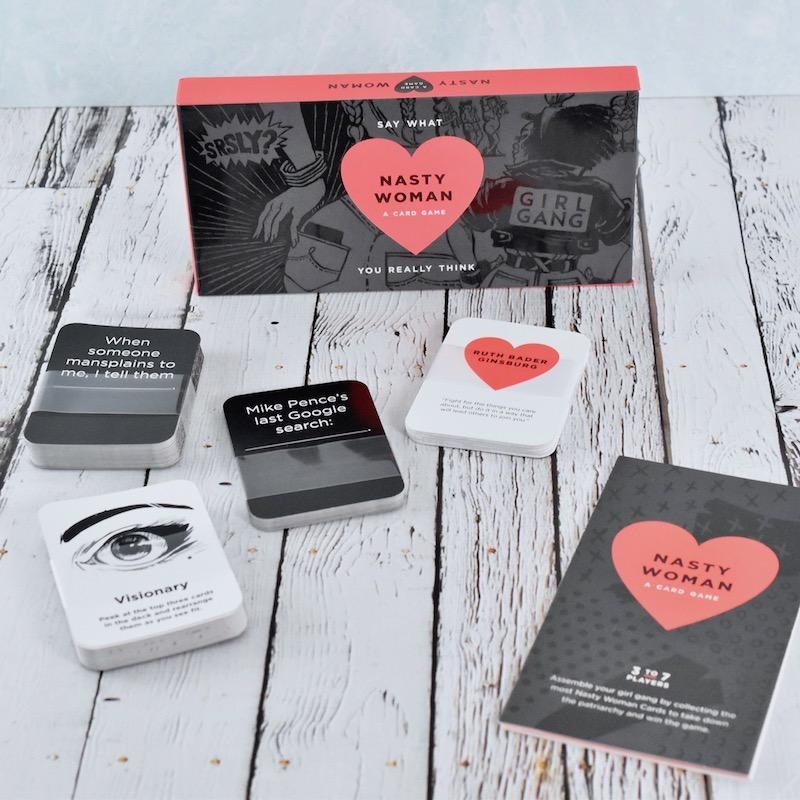 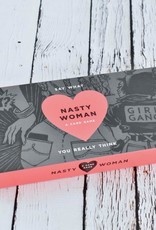 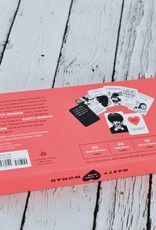 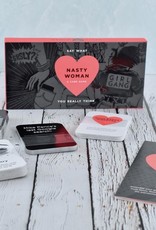 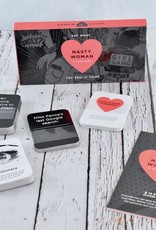 You can never have enough feminists on your side when it comes to fighting the patriarchy. In the game of Nasty Woman, you take turns drawing cards, following the prompts, and strategizing your next move to collect as many Nasty Woman Cards as possible—including Beyonce, Michelle Obama, Gloria Steinem, and Ruth Bader Ginsburg. Shout out saucy answers to any Statement Cards to win more Nasty Woman cards. Draw the You’re Trumped Card, and you’re out of the game, loser—unless you can trade in a Nasty Woman Card to save you. The last player standing after all other players have been eliminated wins the game—and is the nastiest feminist of them all.

If you and your friends end up sitting around a table discussing politics, feminism, current events, and plotting the downfall of the patriarchy, this game has surpassed it's loftiest goals.