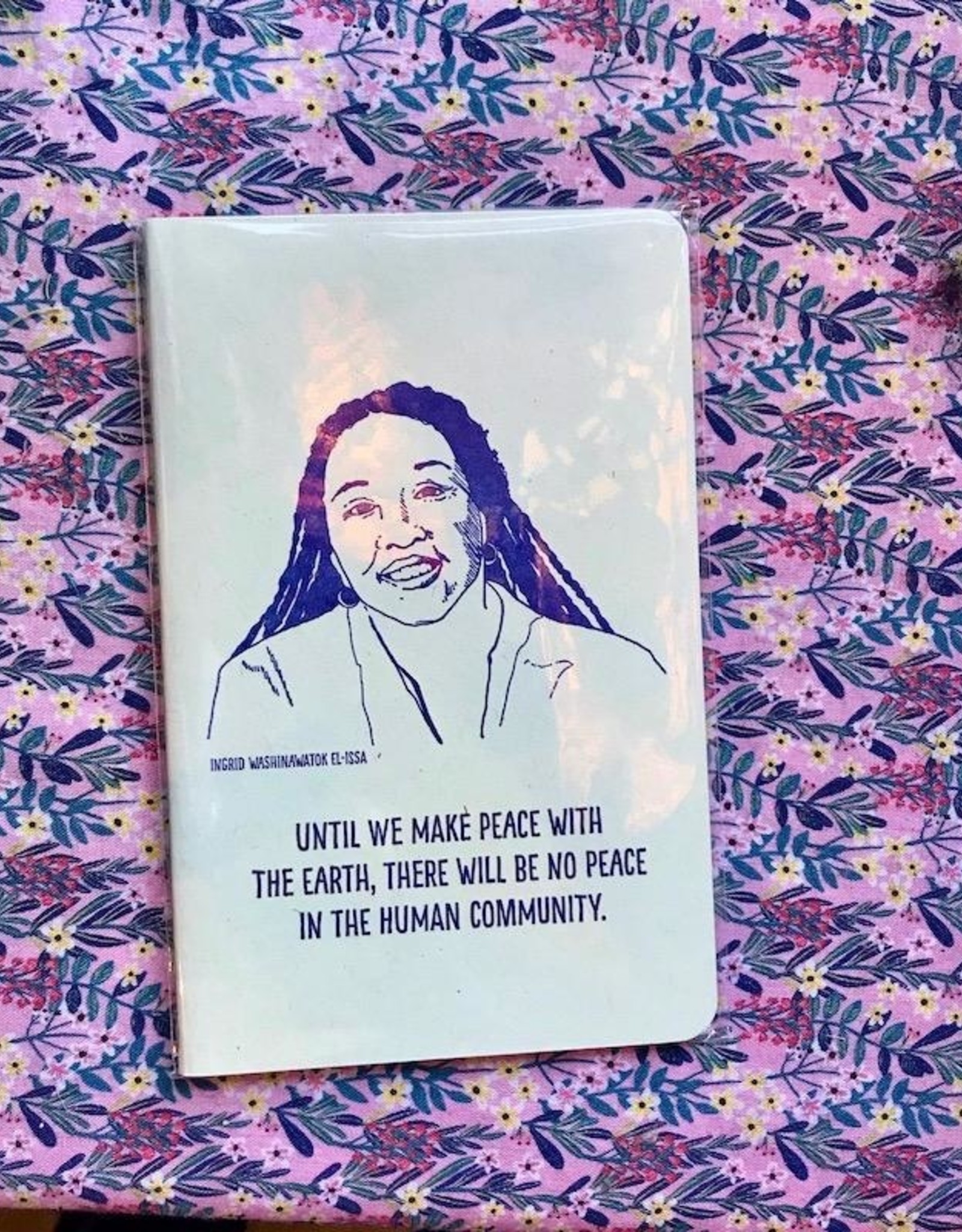 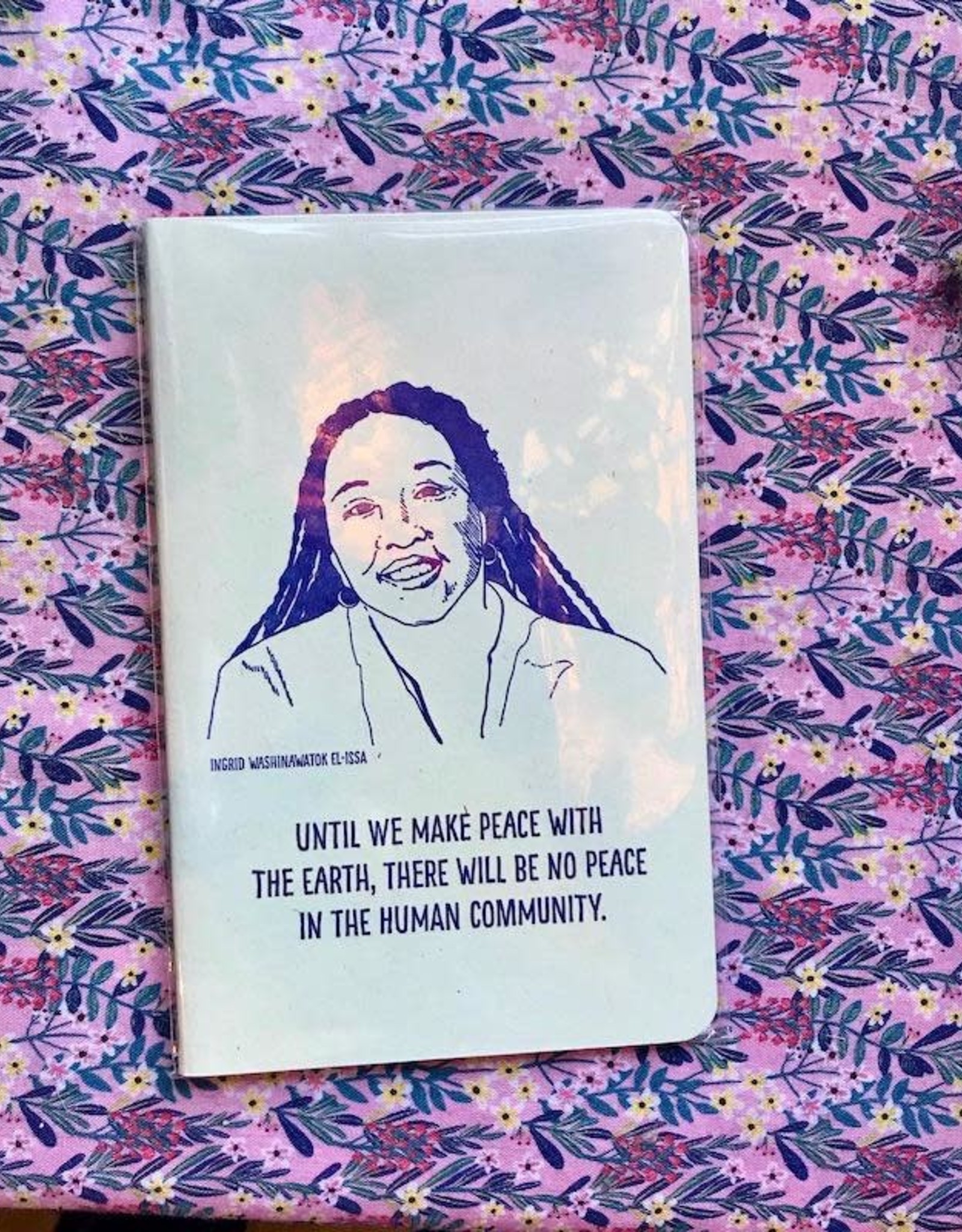 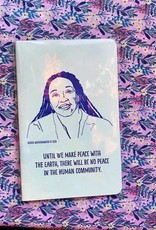 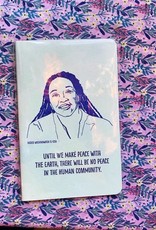 There are many unsung powerful women who have contributed to not only "women's history," but of History History. This notebook celebrates one of them.

Known as a tireless defender of the rights of Indigenous peoples, Ingrid Washinawatok El-Issa (known also as O'Peqtaw-Metamoh and Flying Eagle Woman), was a member of the Menominee Nation of upper Wisconsin, and an award-winning lecturer who spoke worldwide on behalf of the rights of Indigenous Peoples. She co-produced the film documentary, Warrior.

Washinawatok was the Chair of the NGO Committee on the United Nations International Decade of the World's Indigenous Peoples, a delegate to the United Nations Commission on Human Rights, an NGO representative in consultative status to the UN for the International Indian Treaty Council, and a member of the UN Working Group on Indigenous Populations.