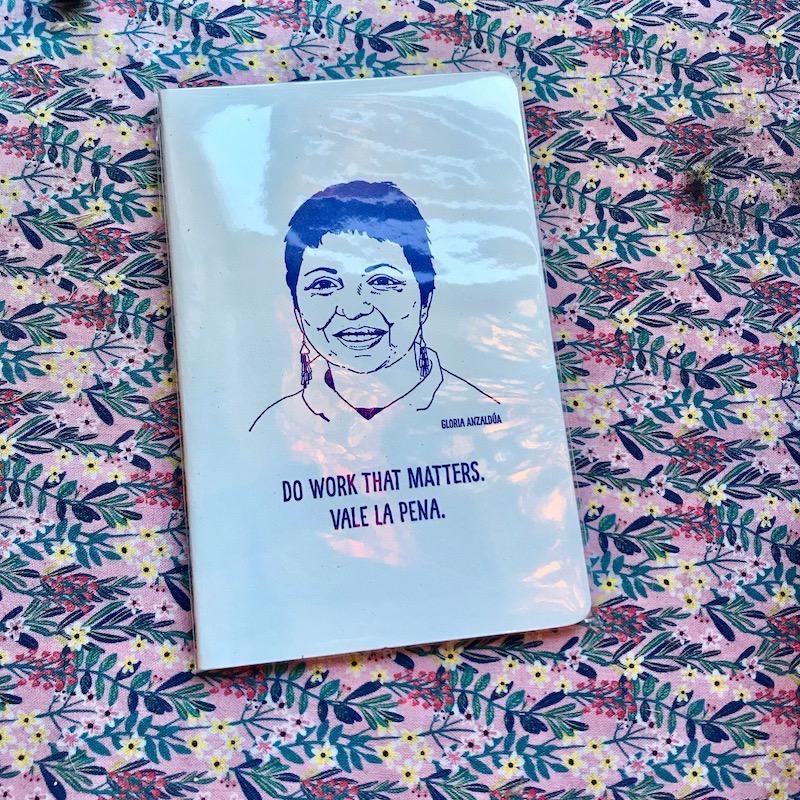 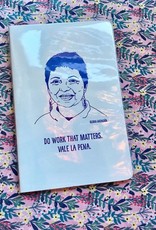 There are so many unsung women heroes in American history. Gloria Anzaldúa is often left out of history books. This notebook brings her front and center.

Gloria Anzaldúa was an American scholar of Chicana cultural theory, feminist theory, and queer theory. She loosely based her best-known book, Borderlands/La Frontera: The New Mestiza, on her life growing up on the Mexico-Texas border, and incorporated her lifelong experiences of social and cultural marginalization into her work. She also developed theories about the marginal, in-between, and mixed cultures that develop along borders.